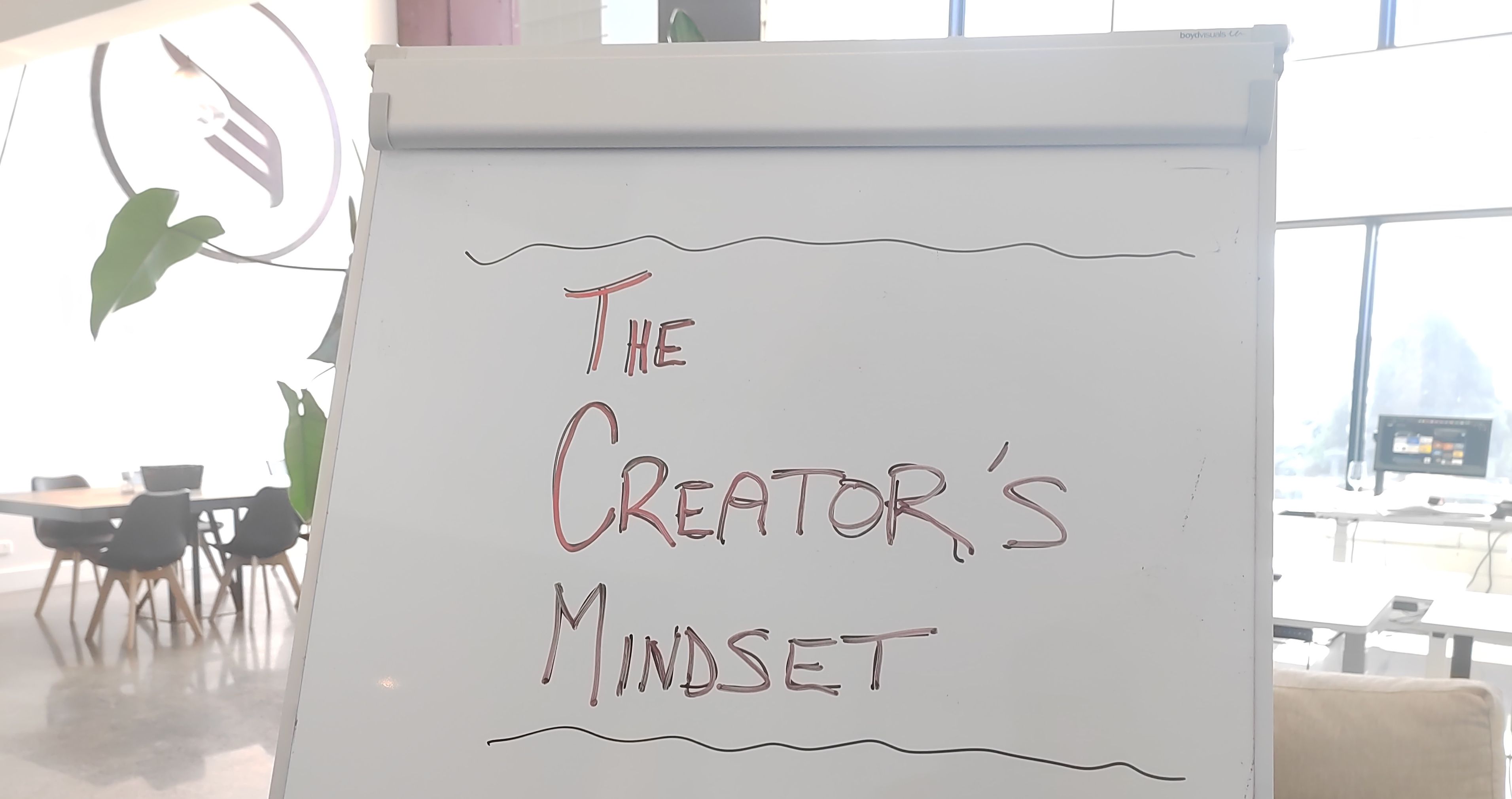 In the creator economy, we’ve talked about how letting go of perfectionist ideals can actually be a powerful way to propel you forward.

That’s because the learning and growing phase of your business comes when you understand what you can improve on, and when you keep plugging away to get there.

That’s the mark of a growth mindset.

Underlying the attitudes and achievements of many creators we work with is their fundamental belief in what they can and can’t do — in other words, their mindset.

Dr Carol Dweck coined the terms ‘growth mindset’ and ‘fixed mindset’ to describe the principal beliefs people have about their own intelligence and ability to learn.

A growth mindset boils down to the power of belief — or what I like to think of as looking at life through a lens of abundance.

A lens of abundance might also be described as the glass half full scenario or a positive versus a negative attitude towards things; depending on which side you fall, it can have far-reaching consequences for your business, your clientele, and your personal happiness.

The danger of a fixed or limiting mindset

It’s a given that creators who have a growth mindset do better in business. In fact, having the right attitude is crucial to them getting the most out of the experience. At the time of writing this, we are months away from crossing over the $100 million mark in platform revenue; we are no strangers to working with and getting the most from high performers.

Without a growth mindset, things that others might consider setbacks and move on from can be killers. With a limiting mindset, you tend to think you’re incapable; when you hit a wall, you stop and withdraw. A limiting mindset just makes everything more painful to navigate.

I can think of one example of a client — we’ll call him Bob — who’s often worried and negative. He contacted us, claiming he wasn’t making as much money as he used to, since he started working with us. So, we jumped online to look at his Stripe accounts; turns out he was making more than he used to — but to listen to him, you’d think the guy was on welfare. We’ve spent time with him, trying to turn his attitude around, but I get the texts ‘blaming the algorithm’, complaining that something didn’t work. With him, it’s always someone or something else’s fault — there’s no accountability.

Sometimes a fixed mindset stops people in their tracks even when they’re handed the opportunities on a plate. A great illustration is of some people in this industry who built their fame and following off the back of a reality TV show. They caught a break, got some exposure, and suddenly now want to monetize it. But they haven’t put in the grass-roots effort or hard work to build and nurture a community and as result, keeping the momentum going is difficult. They just want a monetization engine, all handed to them, without putting in the work. This never works either.

Other times a fixed mindset is manifested in the (irrational) fear that there aren’t enough clients to go around. As in, someone else is already a success in a certain space or demographic (‘30-something moms’), so you don’t want to target that niche as well. But of course, in the world of online training, there’s plenty to go around. When you show up and deliver, your tribe will gather.

So — can a mindset be changed? Research says yes.

Neuroscience shows us this cool thing called ‘brain plasticity’. It turns out, if you believe your brain can grow, you behave differently. We can increase our neural growth by the actions we take — and in the process, change a person’s mindset from fixed to growth.

As opposed to the negativity of the guy above, a trainer with a growth mindset picks him/herself up and dusts themselves off when something doesn’t go to plan; when a campaign doesn’t launch, or an ad doesn’t get the results they’re after.

When you understand the link between mindset and achievement it makes it easier to stay motivated and increase your successes.

As Eduardo Briceño notes, operating outside your comfort zone leads to substantial improvement.

If you always do what you’ve always done…

Having a growth mindset means believing that there is more you’re capable of and leaning in hard to the next challenge, or the next level of achievement. It’s nixing that reliance on the same old habits and ways of doing — ‘if you always do what you’ve always done, you’ll always get what you’ve always got’.

Briceño hits the mark again, saying ‘When you build skills in the learning zone (trying new things, methods and ideas) and apply those skills in the performance zone (your platform and how you deliver your services to your clientele) you’ll develop a spiral of ever-increasing capabilities.’

The power of belief

I must share a cool story about our founder Josef Rakich. The two of us once had a conversation about whether it was possible to have a superpower that ‘willed’ things into existence. We kinda agreed that manifesting things, by making them a singular focus, can often ‘will’ things into being.

Here’s an example: Before he was successful, Jo used to drive a beaten-up old car that his dad owned. But he dreamed of that car being a shiny, orange Lamborghini instead. So, every time he was out in that old clunker with his friends, he used to imagine himself behind the wheel of his dream car. When he was accelerating from red lights he used to pretend he was shifting through the paddle gears with his fingers in his future Lambo. When his friends would ask him “what are you doing with your fingers?” he would just shrug it off and say he had a tune in his head. He did that everywhere he drove. By making this a pattern, every time he took off from a stop light, he would tap his fingers and ask himself, ‘What am I doing that’s shifting me closer to a real Lambo? What do I have to do next?’

Long story short, he got his Lamborghini. The uncanny part of the story is that all those years of dreaming of an orange Lambo and then when we went to the dealership, the only Lambo on the floor was ORANGE! Remarkable how you really CAN manifest, will, things into existence through intense and sustained focus.

Back to our first example of negative Bob. What a turnaround! Sometimes it just takes a certain timing or certain personality to break through one’s self limiting beliefs. In Bob’s case, it may have been a combination of factors but shortly after working with one of our newest Creator Success Managers, Zoe, Bob began to open his mind about what was possible. They have worked together for almost a year now and I’m happy to say that he’s more than tripled his income and earning a multi-six figure income while genuinely changing people’s lives for the better. Bob is living proof that a mindset can be changed, and the flow on effect is life changing!

If you can tie meaning and purpose to your growth mindset, maintaining that abundance lens becomes so much easier and second nature. If what you do helps make other people’s lives better, then any question about whether you should grow or not grow becomes irrelevant. Of course you should keep growing! When you have something you’re striving to improve, with focus and belief, when you push to make your best even better, that’s a growth mindset. 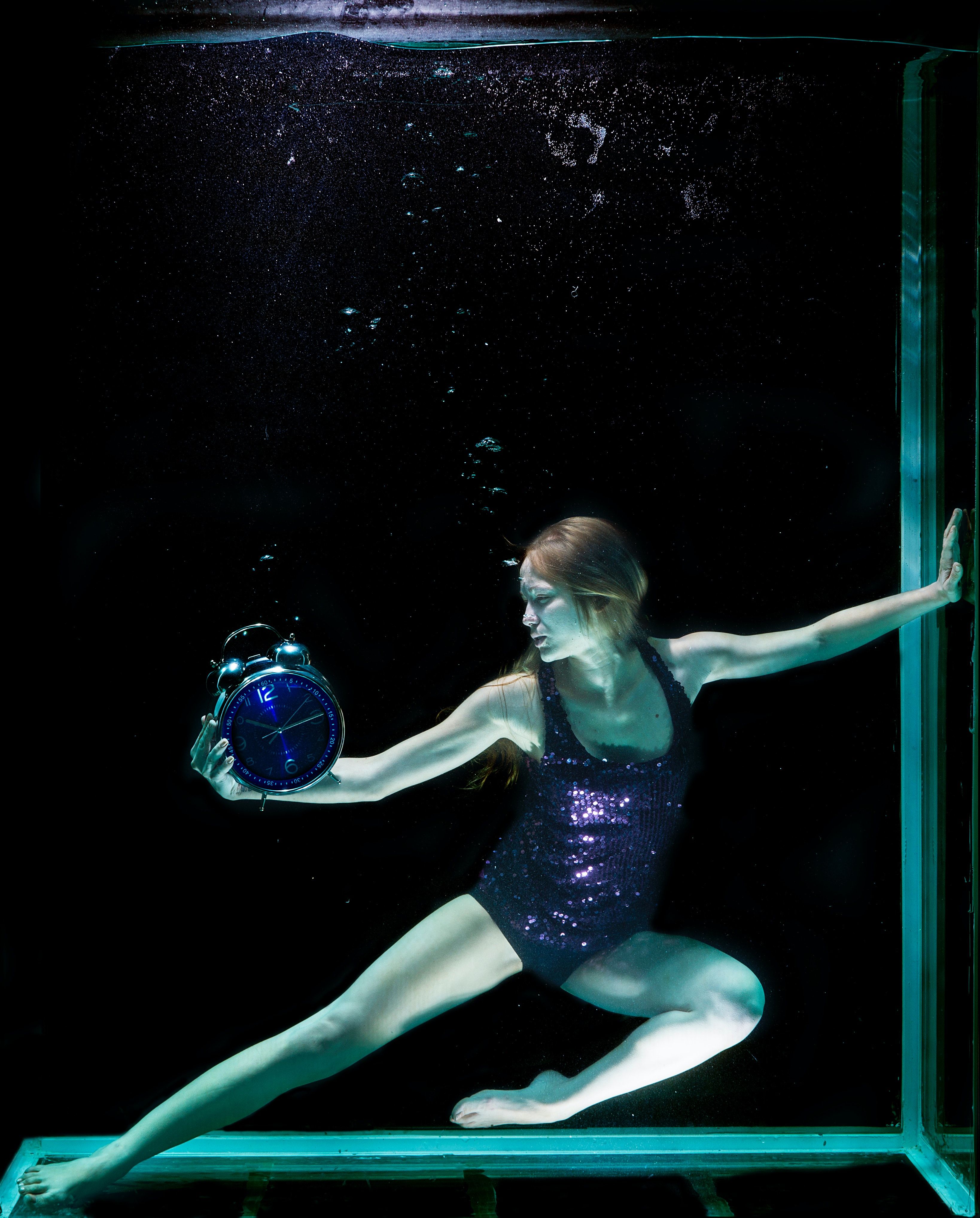 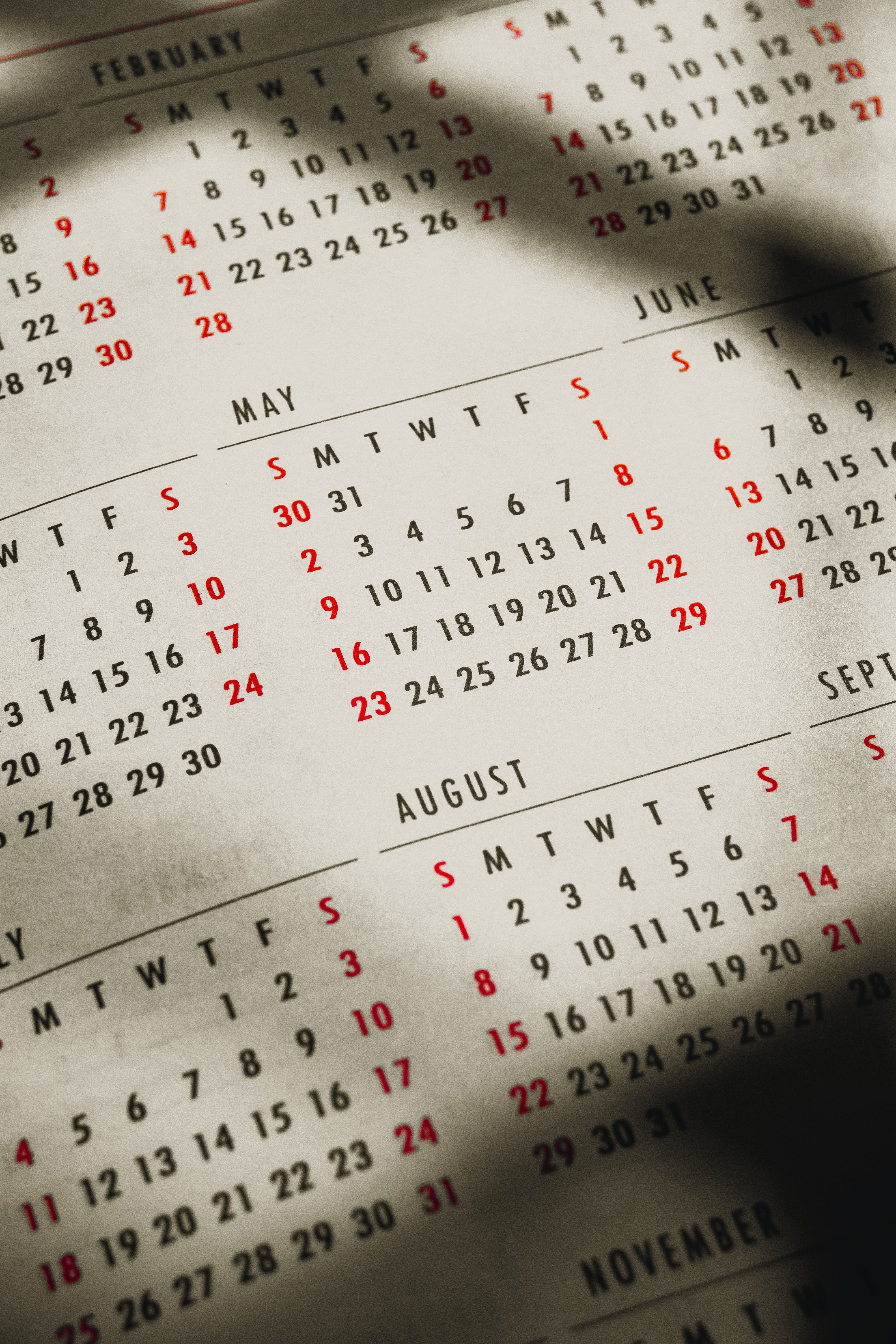 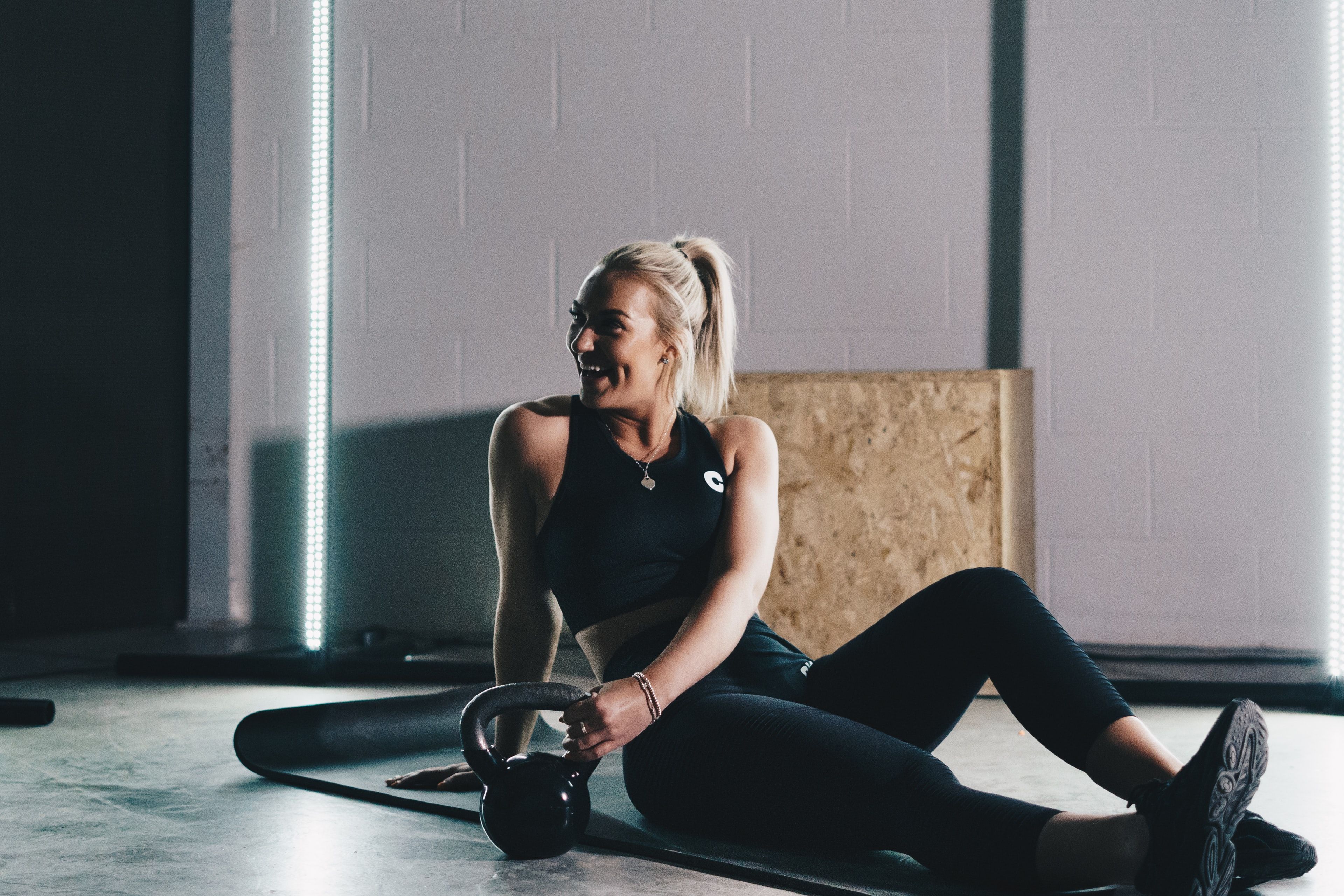